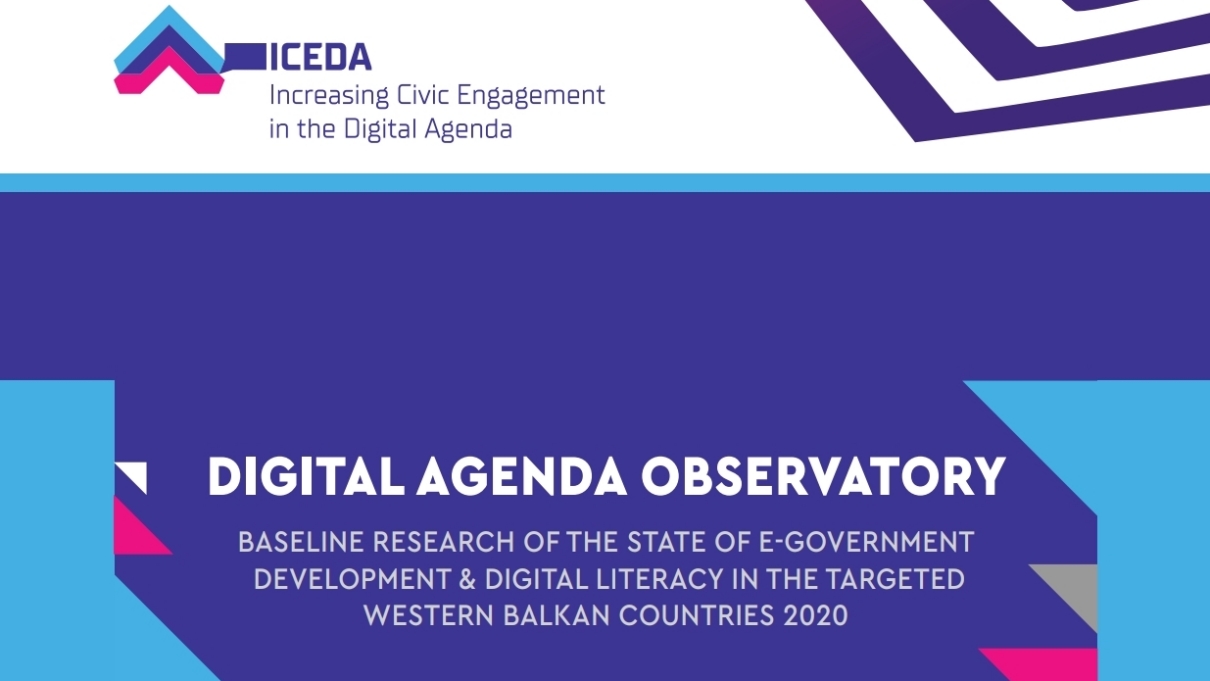 The efforts in bringing the broadband internet to all the citizens of the Western Balkans region are well recognized, however, countries need to be more diligent in updating their strategic and regulatory documents. Countries are late with harmonization of legal acts and even more in delay with the implementation of innovations. Having in mind the nature of the process of digitalization, it should go in line with the market requests otherwise it threatens to remain at all times outdated and too expensive. Furthermore, these efforts should be complemented with ambitious campaign of raising citizens’ awareness about the benefits of digitalization. Since, all of the countries are currently experiencing political instability and facing elections in this year, accompanied by the pandemic crisis, the fear of slowing down the progress generated in the commitment to the Digital Agenda implementation, lingers. If the new governments decide to keep it off the list of priorities, discontinuation of the process will significantly affect its results.

Digitalization of services in the Western Balkans region is mostly driven with financial aspect, and most of the electronic services (e-services) provided are intended for the business sector. Governments should be induced to define their criteria for introducing e-government services based on the citizens’ needs. In parallel, more efforts should be invested into educating the citizens whose digital literacy is currently low, to enable understanding the benefits of the digitalization.

Digitalization is an integral part of the public administration reform. It directly influences the efficiency of administration and budget savings. The greatest undertaking for all the countries is the interoperability of all data bases handled by various government institutions. Once this process is finished, citizens will be able to obtain any administrative service by simply initiating the procedure on-line, while the rest of the process is automatized. So far, the governments offer partial solutions, with more or less success, whereas still some parts of the procedure rely on the traditional public administration.

Resistance to digitalization in one part comes from the establishment of public servants. The reform implies changing of their long-term routine, the need for more education, changing of procedures, adapting to new technologies, etc. There is a generational gap in being accustomed to e-technologies, and what is inevitably normal and easy on younger population remains difficult to those that were introduced to it in more mature ages.

Having in mind that all of the Western Balkan countries aspire to the membership in the European Union and still have to harmonize with the EU standards in terms of the democracy and the rule of law, the Digital Agenda remains one of the segments to be tackled on their way.

This research is part of the Digital Agenda Observatory and is implemented in 5 Western Balkan countries as part of the project Increasing Civic Engagement in the Digital Agenda – ICEDA co-funded by the European Union and implemented by Metamorphosis Foundation (North Macedonia) as the leading partner, e-Governance Academy (Estonia), CRTA – Center for Research, Transparency, and Accountability (Serbia), NGO 35mm (Montenegro), Open Data Kosovo (Kosovo) and Lëvizja Mjaft (Albania). The issues addressed by the reports are specifically related to the chapters relevant to the Digital Agenda in particular Chapter 10 – Information Society and Media from the EU’s acquis, with a goal to reinvigorate the issues of the Western Balkans Digital Agenda on the EU agenda.

Read the report in English.