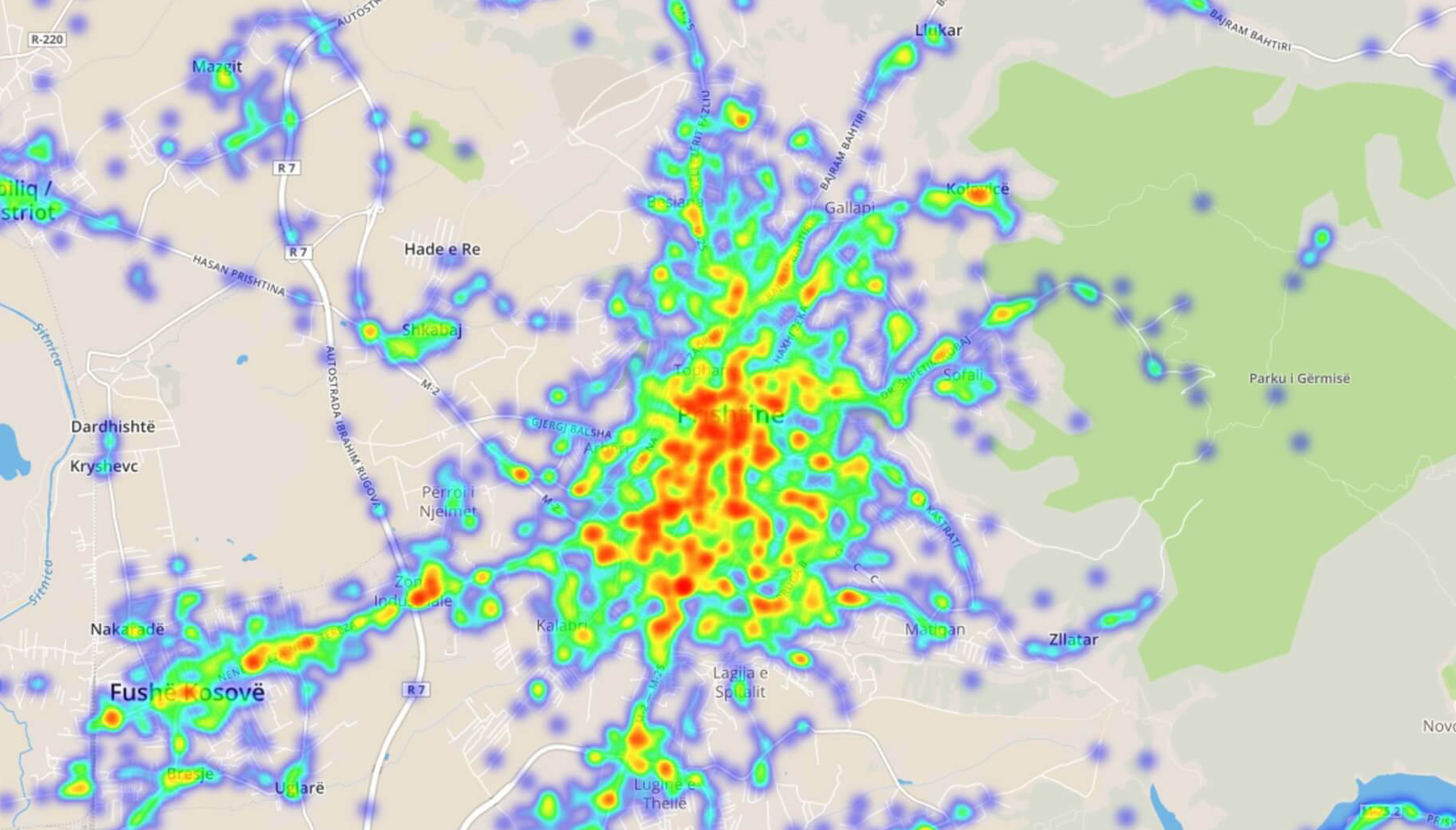 A LOOK AT EMERGENCY CALLS

Recently, as part of a big data pilot project with UNDP and its Danish-funded Innovation Facility in cooperation with UN Global Pulse, Kosovo Emergency Management Agency provided UNDP and Open Data Kosovo with access to a dataset containing records of anonymized emergency calls to the 112 service. These calls were emergency calls made in the municipality of Prishtinë/Priština between 1 January 2014 and 31 October 2015 and cover a wide range of incidents. The project was to create a crowdsourcing platform to help the public geolocate these anonymized calls, as the exact location of the incident being reported in the call was only provided in a brief text description field. However, while we wait for the location information to be added to the dataset via the crowdsourcing platform, we thought we would provide a preview of some interesting trends and patterns in the data that are not related to geography.

In order to derive some interesting insights from the emergency call data, an algorithm was developed that categorizes the emergency calls based on key words found in the text description of the call. These categories are designed to capture some of the main types of calls received, for example, traffic accidents vs. thefts and burglaries vs. calls relating to fires vs. calls about wild animals and so on.

The methodology used to categorize the calls is not a perfect. There are emergency calls that have been wrongly categorized due to a range of reasons. However, analyzing the results of the categorization process and the aggregate level data, we are confident that the broad trends and patterns identified using this methodology are accurate.

When people call the emergency number 112, there are a variety of ways the call can be dealt with. It can be forwarded to one (or more) of the emergency services (police, fire or ambulance). It can also be forwarded to another non-emergency service – for example water and electricity services. Finally, the call may not be forwarded at all. As can be seen in Chart 1, calls forwarded to the police were, by some margin, the most common in this particular dataset. This is mainly due to the large number of emergency calls relating to traffic accidents. Calls relating to thefts and burglaries, another category almost always referred to the police, were the second most common type of call. Emergency calls forwarded to the ‘Other services’ were also quite common. These calls largely flowed from calls about electricity faults, water supply issues and animal control issues.

Time of the Day

The time of day that emergency calls occurred followed a very distinct pattern (see Chart 2). Call volume would reach its lowest point between 3:00 and 6:00, before increasing strongly throughout the morning. Volume would stay reasonably consistent between 10:00 and 18:00 before dipping briefly around 19:00 – assumedly when most people are sitting down for dinner. The call volume would rise immediately after this time before falling away again from 21:00 onwards and continue decreasing throughout the night.

As is shown in Chart 3, this pattern was broadly consistent across the seasons, but the differences between seasons are also interesting to note. In winter, the number of emergency calls in the early morning, from 7:00 to 10:00, is higher than in summer. This appears to be mainly due to calls about snow and ice on the roads, and traffic accidents that occurred as a result. Conversely, in summer, there are more emergency calls between 22:00 and 1:00. This appears mainly due to noise complaints arising from parties, bars and nightclubs.

When looking at the timing of emergency calls for different categories, most categories also followed this distinctive pattern over the course of the day. However, there were some notable exceptions (see Chart 4): The vast majority of calls relating to noise complaints and disturbing the peace occur late at night, from 23:00 onwards. Due to the conditions required for fire to be an issue, the time of day that fire related calls occur follows a relatively unique pattern. The number of fire related calls increases slowly throughout the day to peak at around 13:00, generally close to the hottest part of the day, before trailing off throughout the afternoon. Thefts and burglaries have a similar shape to the overall profile but with two pronounced peaks at different times during the day. The first peak, between 8:00 and 10:00 would appear to correspond with people finding and reporting various break-ins and thefts that occurred overnight. The second peak, between 20:00 and 22:00 suggests people are often finding and reporting thefts and burglaries that occurred during the day when they return home.

On average, there were around 900 emergency calls a month, but there is some significant seasonality in this data. Call volumes tend to spike in summer in both years in the dataset, although the peak in 2015 was spread between July and August, whereas in 2014 the peak occurred almost entirely in July. This spike in summer tends to occur for a few reasons (summarized in Chart 6):

Calls relating to fires are more common in summer months for obvious reasons, with 2015 having a significantly worse fire season than 2014. Traffic accident related calls – this is likely a result of the large influx of diaspora to the city during that period. As mentioned in the previous section, calls relating to noise complaints as a result of bars and clubs are also more common in summer.

There are some categories of emergency calls where we see the opposite trend, calls spiking in winter as opposed to summer (see Chart 7). These include: Calls about road hazards occurred almost entirely in the winter and spring months. The vast majority of these calls relates to snow and ice on the road. Calls relating to animals (mostly wild dogs) are much more common in the winter months. This is assumedly because the dogs are forced to come into more populated areas in search of food at that time of the year. Calls relating to landslides were also much more common in February and March, presumably with the snow melting and the soil becoming more unstable.

Finally, aside from the reoccurring patterns and trends that occur on a daily and annual basis, there are two more interesting macro trends that become obvious from the data. Declining Thefts and Burglaries The first trend that stands out is the reduction in reported thefts and burglaries over the 22 months of the dataset. As Chart 8 shows, the reduction has been very significant. In fact, from May 2015 onwards, the number of theft and burglary related calls per month were lower than any month in 2014.

Chart 8 – Thefts and Burglaries over Time

For those that have been in Kosovo over the past 10-15 years, issues with water supply will probably be no surprise. Yet, despite the issues, water supply has generally been getting better as time passes, which is why it is a little surprising to see that the number of emergency calls relating to water supply issues took a sharp turn upwards after April 2015. As shown in Chart 9, September 2015 was a particularly bad month.

Despite the insights revealed by looking at patterns over time and how the seasons and time of day relate to the types of emergency calls, a key piece of the analysis above is missing – where the calls are coming from. With that piece of information, many of the insights above will become significantly more meaningful, both for the public and the authorities. Better targeting of patrols, more efficient scheduling for emergency staff and identifying other non-emergency problem areas (water and electricity supply, animal control) all become possible with geographic data.

It is also quite likely that new patterns will emerge that were not obvious from the type, date and time of the call alone. Traffic accident hotspots, illegal dumping and locations particularly prone to fire are all likely to emerge once locations have been attached to the emergency call data.

Hopefully, in the near future we will have that additional data and can provide exactly that sort of analysis for you. Watch this space!