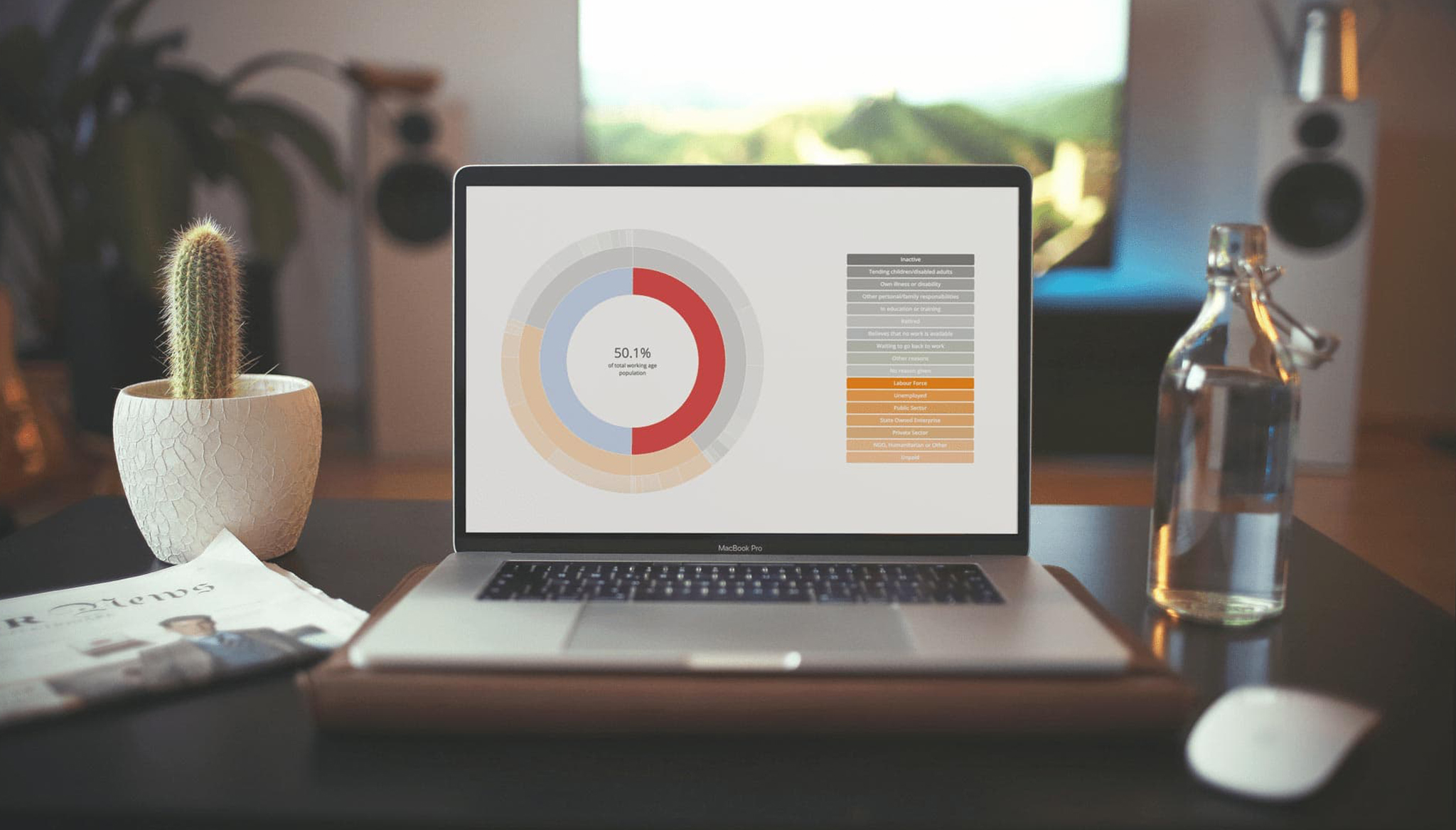 Women in the Workplace – Where is Everyone? 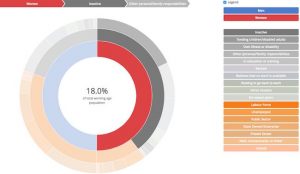 Comparing participation rates across countries provides insight into broad demographic trends and the specific employment situation in a country relative to other countries. For most high-income nations, the participation rate tends to be around 60%. That is, 6 out of every 10 people of working age are actively engaged in the employment market (whether they currently have a job or not). While that may sound low, this accounts for parents who stay home to raise children, students, retirees and discouraged workers[1].

Once we leave high-income countries, there is a much larger range of participation rates. Many very poor low-income nations in Asia and Africa have extremely high participation rates of well over 80%. This is driven by pure necessity as, in many cases, there is simply no option for one partner to stay home, retire, or even for young people to continue studying.

Unfortunately, Kosovo is one of these harder to understand cases. In 2013, Kosovo had the second-lowest participation rate of any country in the World Bank database, at 40.5%. In 2014 that number picked up slightly to 41.6%, but that was still low enough to keep Kosovo in the bottom 10, based on 2013 figures. Notably, Kosovo’s low participation rate has actually decreased substantially over the past decade (see Chart 1). In 2002, the participation rate stood at 52.8%. If that participation rate applied today, there would be an extra 134,600 people in the labour force – an increase of 26.9%.

Previously, in Part III, we mentioned that there were some more detailed criteria for determining whether a person is considered ‘employed’ in Kosovo. Specifically, there is one particular criterion that may partially explain

Kosovo’s notably lower participation compared to its neighbours (and everyone else). In the 2014 Kosovo Labour Force Survey, a specific methodological difference with Albania is highlighted. In Kosovo, people who work on a family-run farm are not considered employed if the produce of the farm is not considered an “important source of consumption” (let’s call these people ‘family farmworkers’). In contrast, these same people in Albania are classified as employed. From the 2014 Kosovo Labour Force Survey Results paper (emphasis mine):

“It is important to note that when respondents answer code 5B[2], that they do some agricultural activity but it is not an important contribution, this is not counted as employed. In 2014 69% of this group were categorized as inactive and 31% as unemployed. An important contribution is a subjective term and could depend on overall household income.”

The key takeaway here is that there is a significant population of family farmworkers that are currently being classified as inactive, when in fact they are working. This at least partially explains the low participation rate in Kosovo. Unfortunately, the paper does not provide enough information to be able to determine how many people are family farmworkers. As such, we are unable to quantify exactly how much impact adding family farm workers back into the labour force would have on the headline participation rate.

Even if we could though, this would not be fully correct either (welcome to the surprisingly complex world of labour market statistics). Many family farm workers probably do not consider themselves employed – working 1 hour a week[3] on a family farm is a pretty low bar after all. The fact that 31% of them qualified as unemployed, meaning they actively sought other work, reveals that this is not a homogenous group of full-time farm workers being incorrectly classified.

This slight uptick in recent years could be the impact of numerous initiatives to get women into the workforce in Kosovo. These range from the prioritization of grants for projects that provide jobs for women, to supporting women in registering a property in their own names to help provide collateral for loans. There has also been a push by Kosovo’s first and current female President to boost participation among women. Several more years of data will be required to determine whether this is the beginning of a more substantial trend or simply noise in the data.

In the meantime, let’s get a better understanding of the current labour market by looking at a break down (see Table 1), provided in the 2014 Kosovo Labour Force Survey, of the inactive population sorted by reason for not participating.

Looking at the breakdown, there is one category in particular in which there was a large discrepancy between the sexes – ‘Other personal or family responsibilities’. In this category, 233,400 were women, amounting to 38.8% of the total population of working-age women. By contrast, only 13,500 were men, amounting to 2.2% of the total population of working-age men. The table also shows the calculated difference between the number of inactive women and men (see column C1). Looking at these calculated differences, we see that for the total calculated difference across all categories (243,800 – see ‘Total’ row in column C1), 219,900, or over 90%, arose from this category. This breakdown is also shown in Chart 3 below.

Going back to the family farm workers discussed earlier, we expect that those classified as inactive would be included in the ‘Other personal or family responsibilities’ category. However, if a significant number of women in this category were family farm workers and this was a full-time role, we would also expect to see large numbers of men in the same category. The fact that we do not suggest that many men who are family farmworkers also have other more formal jobs and lends support to the decision to exclude family farmworkers from the employed population.

To confirm this hypothesis, we need to look at unemployment rates. This will be the focus of the next piece in this series – Part V.