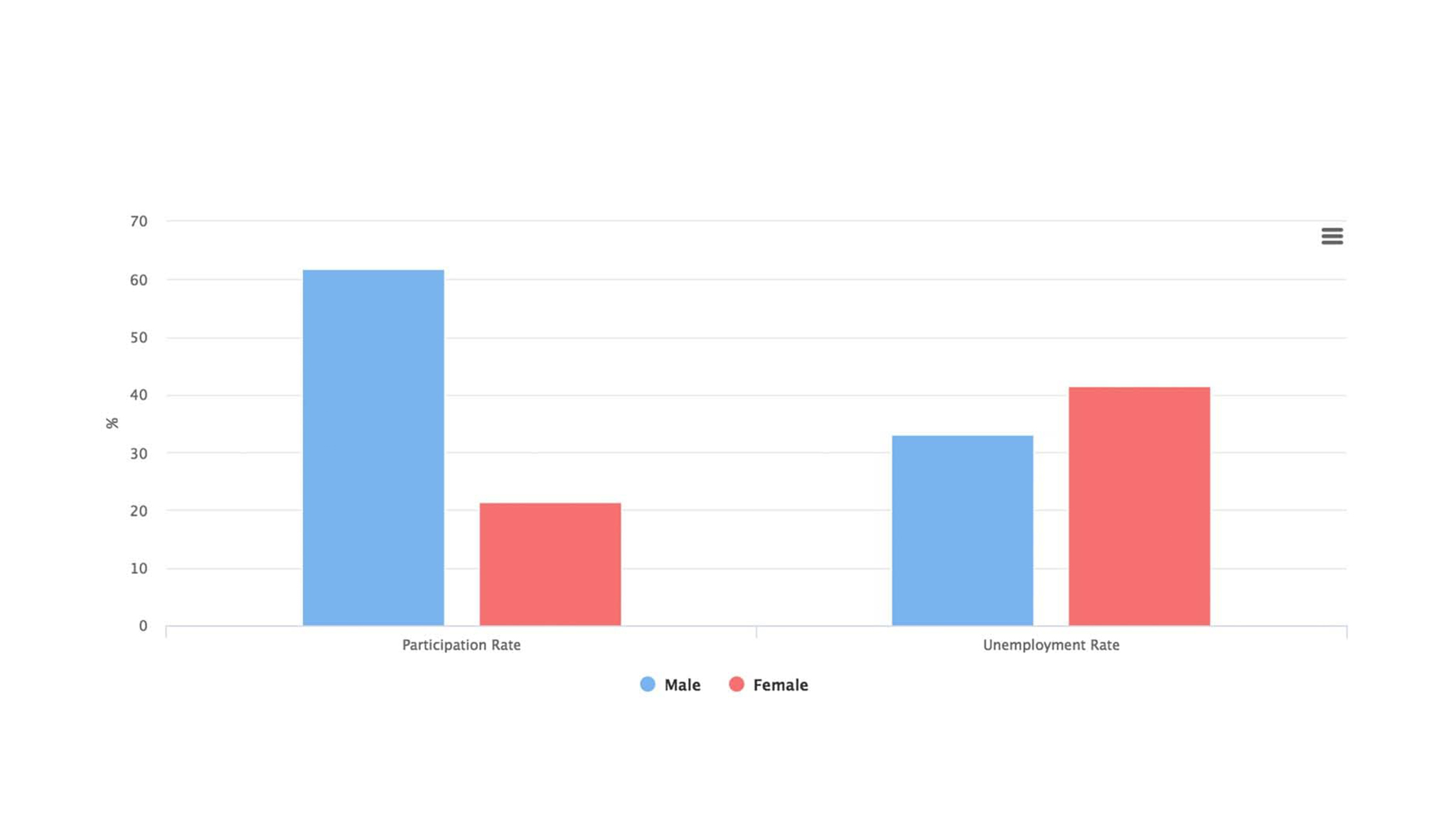 Women in the Workplace – Understanding the Data

Continuing our series on Gender Inequality and Corruption in Kosovo (see Part I and Part II), in Part III and the next few parts, we are going to take a detailed look at the problems women face in the labour market in Kosovo.

To do this, we will be using information from several sources, including data on participation rates, by gender, from the Gender Statistics database at the World Bank, and a range of labour market statistics from various Kosovo Labour Force Surveys, released by the Kosovo Agency of Statistics.

Before diving into the statistics, let’s first visualize and explain some of the high-level concepts in labour market statistics. 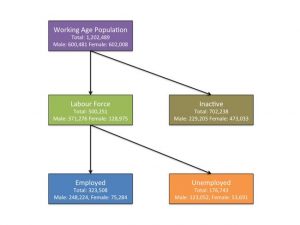 At the highest level, the section of the population that is relevant when looking at labour market statistics is people who are of working age and are able to work. In Kosovo, this population includes all people aged 15 to 64 and is known as the ‘working age population’.

At the next level, the working age population can be broken down into two main subgroups – those that are considered in the labour force (i.e. ‘participating’) and those that are ‘inactive’. It is important to note that someone who is ‘inactive’ is not the same as someone who is ‘unemployed’. In Kosovo, to be considered ‘actively looking for work’ (and therefore be classified in the labour force) the following criteria must be met. The person must be:

If either of the above criteria is not met, the person is classified as inactive.

In Kosovo, the participation rates in 2014 were as follows:

Analyzing the population further, the ‘labour force’ can be subdivided into two populations – those that are employed and those that are unemployed. In most cases, it is obvious whether someone is employed or not, but in some situations it may not be so clear (e.g. when a person is working for the family business in an unpaid capacity). To handle these scenarios, the agency tasked with compiling the labour market statistics in each country typically has a specific definition (or definitions) of what qualifies as employment. In Kosovo, to be classified as ‘employed’ a person must meet the following high-level criteria:

“People who during the reference week performed some work for wage or salary, or profit or family gain, in cash or in kind or were temporarily absent from their jobs.”

In addition, the Kosovo Agency of Statistics includes some more detailed criteria in their methodology that clarifies when work done on family-owned farms classifies as employment. This will become important later.

Having separated the employed from the unemployed, it is now possible to calculate the unemployment rate. To do this, we divide the number of unemployed people by the total number of people in the labour force.

In Kosovo, the unemployment rates in 2014 were as follows:

The unemployment rate is useful as a more immediate indicator of conditions in the economy. The obvious information it provides is an indicator of how many people without a job are currently looking for employment. But, in addition, it also provides information about how much spare capacity an economy has, the risk that inflation may pick up, whether structural issues are keeping people out of work and so on.

In the next article, we will take a look at how the participation rate (for both males and females) in Kosovo compares across the region and internationally. In the meantime, please feel free to play around with the interactive visualization below, which shows the entire working age population of Kosovo broken down into its various subgroups.